Required cookies are essential to let you move around the website and use its features, such as accessing secure areas, shopping baskets and online billing. These cookies allow our website to provide services at your request.

Functionality cookies are used to remember the choices you make, e.g. your user name, log in details and language preferences. They also remember any customisations you make to the website to give you enhanced, more personal features.

Targeting cookies collect information about your browsing habits to deliver adverts which are more relevant to you and your interests. They also measure the effectiveness of advertising campaigns.

This site uses cookies and related technologies for site operation, analytics and third party advertising purposes as described in our Privacy and Data Processing Policy. You may choose to consent to our use of these technologies, or further manage your preferences. To opt-out of sharing with third parties information related to these technologies, select "Manage Settings" or submit a Do Not Sell My Personal Information request.

JOHN, GEORGE AND THE HWMS

THE FIRST RACING TEAM TO FLY THE FLAG FOR BRITAIN

In 1950, John Heath and George Abecassis began a British venture, racing their Formula 2 cars all over Europe. The mainly British team, including the young Stirling Moss 'flew the flag' for their country.

A couple of years later, the team decided to focus on sports cars, still competing successfully among other brands well-known brands such as Jaguar and Aston Martin.

The death of Heath whilst racing his own HWM car meant an end to the prodction of sports cars for HWM. Abecassis never raced again.

This two-volume masterpiece illustrates in great detail the story of HWM from its inception, with all the triumphs and tribulations experienced along the way, as well as the significant role HWM played in introducing Britain to the sport

'John, George and the HWMs' is available for purchase here

Below is a clip of Simon Taylor (the author) discussing his writing processes and inspirations for writing the book. 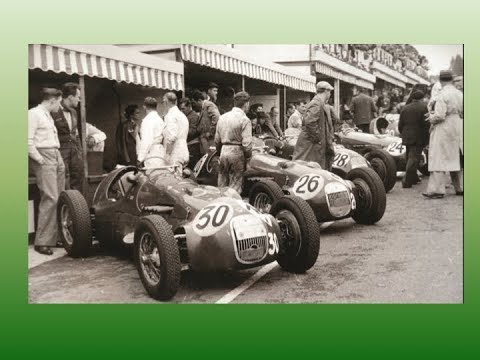 Back to Top
© 2022 HWM Bridge Street, Walton-on-Thames, United Kingdom, KT12 1AT Reg Office: Bridge Street, Walton – on – Thames, Surrey, KT12 1AT Reg. Company Number: 6794068 VAT Reg. No. 211541514
Credit Providers H.W.M. Limited T/A HWM Aston Martin is an appointed representative of ITC Compliance Limited which is authorised and regulated by the Financial Conduct Authority (their registration number is 313486). Permitted activities include advising on and arranging general insurance contracts and acting as a credit broker not a lender. We can introduce you to a limited number of finance providers. We do not charge fees for our Consumer Credit services. We may receive a payment(s) or other benefits from finance providers should you decide to enter into an agreement with them, typically either a fixed fee or a fixed percentage of the amount you borrow. The payment we receive may vary between finance providers and product types. The payment received does not impact the finance rate offered. All finance applications are subject to status, terms and conditions apply, UK residents only, 18’s or over, Guarantees may be required.
Get in Touch If you would like to discuss your experience at any of our dealerships then please feel free to contact us. Contact Us
HWM on Social Platforms:
Back
Vehicle Valuation
Compare Saved Vehicles
Top
Close